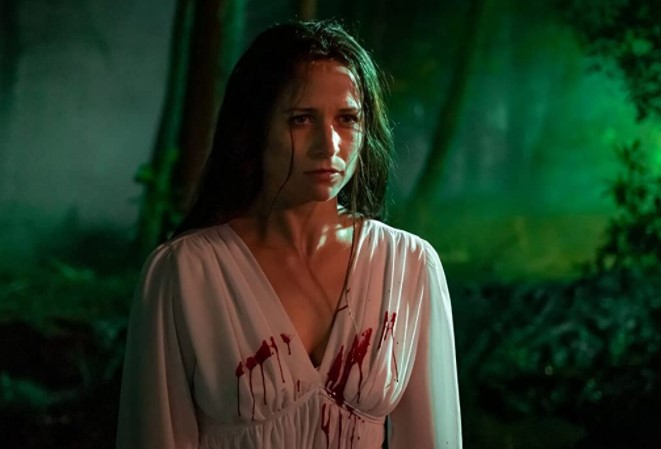 It’s like we blinked and it just went by, but not without its new entries to the horror genre that delivered some picture-perfect gore-filled entertainment.

As our real-world kept to its usual chaos, streaming services and VOD gave us escapism in the form of killers, monsters, and demonic entities that earned their hard R ratings.

Whether you are a diehard purest or a modern horror fan looking for an easy thrill, there seemed to be something for everyone and it turns out the flavour of the hot months is blood and lots of it.

Is it a slow burn? Yes. Does it pack an absolutely meta take on the genre and additionally work as a captivating mind-fuck? Also, yes.

This trip back to the 1980s England setting is expertly done by Welsh director Prano Bailey-Bond, who effortlessly makes the artistic horror film one of this year’s best, and gives an ending that is beyond worth the stylish build-up.

Rising Irish star Niamh Algar is next to impossible to take your eyes off of during every moment in this film and has one of the best performances within the genre, while also showing her range after recently killing it in the 2020 sci-fi series Raised by Wolves.

Do not expect non-stop gore or jump scares, it’s more of the type of film that makes you question your sanity throughout and ultimately leaves you feeling shaken to the core by the latter part of the third act.

Okay, let’s start off with a hot take…

This is without a doubt the best modern horror trilogy ever created.

There will be naysayers, some may even argue that the subject matter is too “teen based” but if you’re a lifelong horror fan, no event has been as consistent as this Netflix slasher trilogy.

Based on R.L. Stine’s acclaimed books of the same name and brought to the small screen by writer-director Leigh Janiak, this wild ride could possibly be the future of the genre.

Netflix delivered the event weekly in such a way that only a streaming service could, making this standout a back-to-back binge that theatrical genre releases will never be able to match.

Additionally, unlike other horror trilogies, the consistency throughout the films flowed more like a TV series and there was no dropping in quality between the movies. In fact, one could argue that they got better with each film.

The usual off-screen kills in typical teen PG-13 slashers were nowhere to be found and Janiak went straight hard R rated with creative slaughtering that worked as a homage to classic movies that were clearly the inspiration.

To top it all off, the soundtrack is a perfect chef’s kiss to the entire experience, making it all come together as one of the strongest streaming services releases to grace an otherwise slow year.

Any level of horror fan is more than welcomed to Janiak’s world and these three films will leave you wanting Netflix to give her a blank check just so we can all get more.

Seriously, we need an MCU-style slasherverse, and this glimpse into it is more than enough proof that Janiak is the person to bring this into perfectly gruesome reality.

After years of teen vampire stories covering both film and TV, the sudden drop-off has become apparent as studios try to find a new trend in the genre.

German filmmaker Peter Thorwarth adds to Netflix’s dominant stream of summer horror movies as he takes the vampire subgenre into the new age with his own bloody twist on the mythos.

There is next to nothing this movie done wrong from start to finish and every single actor involved understood their goddamn assignment to bring out some seriously jaw-dropping performance.

As generic as the title sounds, the movie itself is an original take on the creature feature genre and additionally has a heartfelt story of a mother’s undying love for the safety of her child.

Summed up, this is a  definite must-watch to your Netflix queue and do so immediately to avoid any possible spoilers.

Indie horror films have been the saving grace of the genre.

They are powered mainly by word-of-mouth marketing and introduce new faces onscreen as both heroes, villains, and additionally behind the camera artistic powerhouses.

It’s a new golden age of horror giving us countless creatures, slashers, and deaths that will have us covering our mouths in terror… and of course, gleefully smiling at splatter-filled pay-offs. 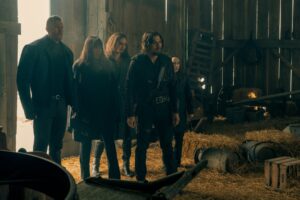 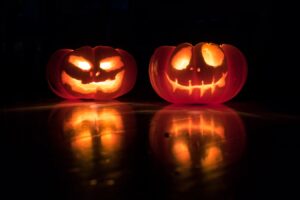 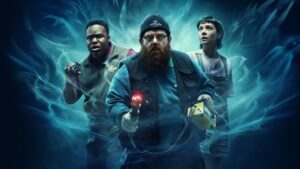 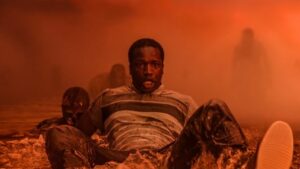