Before big budget hits like The Suicide Squad, The Guardians of the Galaxy 1 & 2, and the HBO Max hit series Peacemaker, writer/director James Gunn gave us  a rated r sci-fi horror cult classic that worked as a perfect homage to B movies and had standout roles for some of his frequent collaborators.

Hilarious characters take on deadly serious aliens in the Gunn’s gory alien invasion hit ‘Slither’ (2006), and this bloody bonkers ride is definitely not for the easily queasy.

My guest Tori Potenza (staff writer for Movie Jawn & Co-host of the Killer Bs Podcast) comes on the show to talk about the best gross-out moments in Gunn’s film and which horror B movies are must-sees for genre fans.

But it isn’t all Slither and B movies, Potenza and I chat about our mutual love for Nathan Fillion, the good and the bad of sci-fi fandoms, why we think Speed Racer (2008) needs a sequel, and the cult classic films that define the genre.

No Stranger to Horror is produced by Mik Narciso 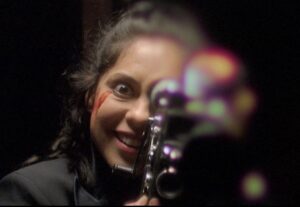 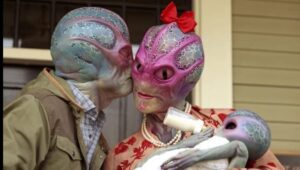 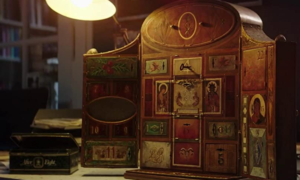 The Advent Calendar (2021) Is a Must-watch for Christmas Horror Fans and, Yet Another Reason To Get Shudder Immediately