Spring is right around the corner and as the plants start to blossom after a long winter, a new wave of delightfully weird films are set to be released.

This month has four original films in the horror or thriller genres making theatrical debuts, and each of them couldn’t be more different from one another.

While the usual studio films of late have been reboots and remakes, these anticipated oddities pack an abundance of new nightmares, even in the one sequel among the bunch.

With the onslaught of everyday life on your social media there is a chance these titles may have slipped by you, so consider this a “save the date” for films that hopefully deliver as much excitement as their trailers did.

Calling this a psychological thriller is probably more accurate than referring to it as a straight-up horror movie, but it does look terrifying and very uncomfortable to watch.

Haley Bennet stars as Hunter Conrad, a newly pregnant housewife who can’t stop herself from swallowing small dangerous items. Based on that description it didn’t really get my full attention until I first saw the trailer…

Very few things in the genre can give avid horror fans the skin-crawling anxiousness that director Carlo Mirabella-Davis is able to convey in the promotional material, and even fewer can make ones like me yell “please, don’t eat that” at their computer screen…

In just a couple of minutes of watching the first trailer, I was uncomfortable and captivated all at the same time.

Artistically this film looks beautiful and tense especially for a directorial debut, which as previously mentioned, makes up for some of my favourite entries in modern horror.

I am truly hoping that Mirabella-Davis stays in the genre and makes more character-driven scary films that are both hard to watch, but impossible to look away from.

This movie had me excited when it was first announced, and then shortly after that, it was banned from being released due to a “public outcry” about the subject matter of the film being “too offensive” for certain audiences…

Much like a child who is told he can’t have candy before dinner, I wanted even more.

The film is now infamous for stirring up controversy without anyone even seeing it, which has done wonders for the marketing of the movie.

If you’re a fan of the genre you know the name Blumhouse, they are behind most of the jump scares in modern horror, but also a lot of the elevated titles that are changing the game.

The Hunt seems like it sits somewhere in the middle, being equal parts social commentary and brutal unfiltered violence. Something that seems to both poke fun at modern society, while also providing grizzly unexpected kills.

One thing I have noticed that is slightly overlooked is the excellent cast attached to star in this film. Ike Barinholtz, Betty Gilpin, Ethan Suplee, and Emma Roberts have all been great in various TV shows or movies over the past couple of years, and seeing them in one movie together is exciting for me on a personal level.

If that awesome ensemble wasn’t enough, two time Oscar winner Hillary Swank will be playing the antagonist in the film, which is easily one the biggest selling factors for me.

The 2018 science fiction/horror A Quiet Place came at audiences like a wrecking ball, and forced them to hold their breath to keep quiet during some of the best jump scares in a number of years.

From the moment this was announced it’s safe to say most of the fans of the first film were incredibly excited for the sequel.

Especially since director John Krasinski returns with the always-excellent Emily Blunt (who will be reprising her role as Evelyn Abbott), and if that isn’t enough, this film introduces new characters played by Hollywood A-listers Cillian Murphy and Djimon Housou.

If this can be anything close to the first one, we’re in for a wild and terrifying ride.

Based on the pulse-pounding trailer I have full faith in Krasinski in extending this promising franchise.

Hell, he can do a spin-off TV series and I would most certainly watch that too. Hopefully, we can also learn more about the creatures in this film, but a bit of the mystic may be lost by doing so.

With that said, the cast alone is enough reason to see this in theaters, and this highly anticipated sequel is predicted to dominate that weekend at the box office.

As a big fan of horror-science fiction hybrids, I am hoping this means there will be a wave of these types of movies in the future.

Imogen Poots and Jesse Eisenberg are back together again after starring alongside each other in last year’s The Art of Self-Defense. They were a great pair in that film, so already I’m going into this one with incredibly high hopes.

As I have said before on previous posts, this movie looks like it will be a once in a generation type of weird experience.

I mean that last statement in the best way possible.

The story follows a young couple looking to purchase a new house in a strange suburban neighborhood, but it all quickly changes when they are unable to leave the maze of identical homes.

From the trailer, the movie seems like an episode of Black Mirror and that is enough to hook anyone who is missing a nice science fiction twist in their usual thrillers.

Often there are complaints of how Hollywood studios are “running out of ideas” and this not only looks daringly original, but it gives off the vibe that it will stick with you for a while after viewing.

Lately, there has been a number of films revealing way too much in the trailer, so the change of pace is beyond welcome in all of the released promos for this movie.

With the first release on the list happening tomorrow, I just hope that each film finds an excited audience so we’re treated with more original oddities in theaters for the upcoming years. 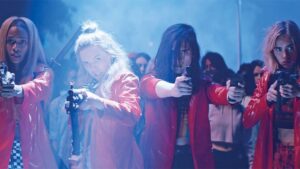 6 unrelated weird movies to start off your month. Because, why not? 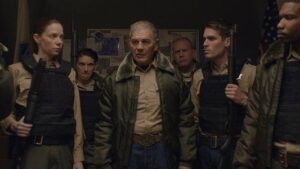 November Nightmares: ‘The Wolf of Snow Hollow’ Is a Bloody Creature Feature Guaranteed to Make You Howl with Laughter 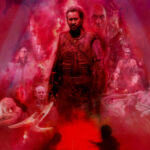 How to plan the perfect revenge… movie marathon