The sacred month of ghouls, witches, monsters, and all things spooky has finally come to a close. Yea, that’s right, it’s sadly Oct-over.

If you’re a horror fan or just somebody looking to up the ante for Halloween, the options may be limited where you are given our current global predicament forcing some of us to remain indoors.

Being stuck inside for All Hallows’ Eve doesn’t have to be the worst, because thankfully there are a near endless supply of spooky films available just at your finger tips to give you all of the thrills and chills you’ll need to make it a night to remember.

With it being such a chaotic year for just about everyone, the level of “nopes” your film picks should make you yell should clearly be a reflection of that and the haunting back to back experience should be of the upmost nightmare fuel variety.

So… Grab your bag of candy, throw on your costume, close the blinds, and prepare yourself for the marathon that may just require you to use a night light.

This brutal and gruesome viewing from Argentina is an absolute must-see in terms of modern foreign horror films, the intensity of the whole experience is dialed beyond 100 and it stays that way from the first scene right up until the credits roll.

Picture if you will, the best parts of the genre all rolled into one twisted inescapable movie that has strong acting, nauseating gore, and a tension built up so tight that even after you’re done watching it you’ll be anxious of jump scares happening in your everyday life.

It leaves you with a lingering feeling that is searingly unshakable, while also managing to be the horror film equivalent to mixing mentos and diet coke in terms of explosive moments that happen quite frequently.

As above mentioned, the delivery of the violence throughout the film is truly kicked up a notch, and what makes it extra scary is that no character feels safe at any point during the 82 minute ghostly chaotic runtime.

Exorcism movies can be hit or miss in the genre and modern ones especially seem to have no middle ground. By now we’re all used to the tropes, character types, demons, and what to expect when settling in for another possession filled romp, so when one is able to wow us it often takes a lot to do so.

This standout managed to do so much with so little, including a low budget and limited CGI, instead it focussed on bringing realism with both the cast’s performances and the practical effects that are stomach turning in the best way possible.

One thing of major note is the stunning dramatic acting of supporting lead Kyle Gallner who elevates the entire movie in a way that grips the audience and ultimately makes it more than a dime a dozen possession thriller.

Gallner will be in next year’s Scream revival and even though there are some iconic returns to the franchise, his involvement has me the most excited after seeing this film.

Yes, it’s 3 hours long, and I know it doesn’t sound believable, but you’ll probably want even more after you’re finished.

There are some out there who are getting a bit of Stephen King movie fatigue as we enter in our second wave of his novel adaptations, which seem to have varying success both with audiences and critics, but whatever your thoughts this is a horror film of the highest caliber.

Ewan McGregor does what he does best and knocks it out of the park with yet another legendary role, and truth be told, this epic movie could have made for a TV series that I would have happily watched for multiple seasons with zero complaints.

But it isn’t just McGregor that makes it such an undeniably strong genre film or the fact that it managed to surpass many critics expectations to a follow-up adaption to The Shining, additionally with those accolades included, it just managed to be have scene after scene of some purely terrifying moments.

Not the standard jump scare level terror, the creeping under your skin and hoping that villainy of this level doesn’t exist in the real world type of nightmarish works that could only come from the mind of King brought to life by modern horror mastermind Mike Flanagan.

Flanagan is most known for his ghostly TV and film genre smashes like Oculus, The Haunting of Hill House, and most recently The Haunting of Bly Manor, which all have his signature style of unpredictable jump scares and anxiety inducing spectral antagonists.

Though this film had a lot of his usual spiritual happening it was amplified by the psychic murderous cult led by Rebecca Ferguson’s character Rose The Hat.

Ferguson was able to take the combination of King’s original character and Flanagan’s genre mastery directing to make one of the scariest villains on screen in the modern era. Additionally, Ferguson was greatly aided by some brilliant child actors including one scene in particular by rising Canadian star Jacob Tremblay who was almost too good in the role as one of her victims.

If you know the scene, wow, right? If not… brace yourself. It may not be for everyone, but there is no denying the talent that makes it one of the hardest modern horror moments to watch of the past 10 years.

Happy Halloween, be safe, and treat yourself to something that makes you cover your eyes with a blanket 🎃 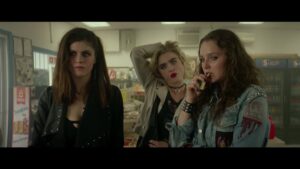 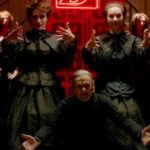 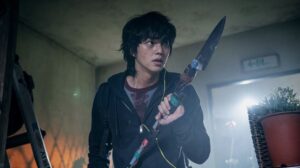 Next post November Nightmares: 3 Directorial Debuts That Are 2020 Must-Sees